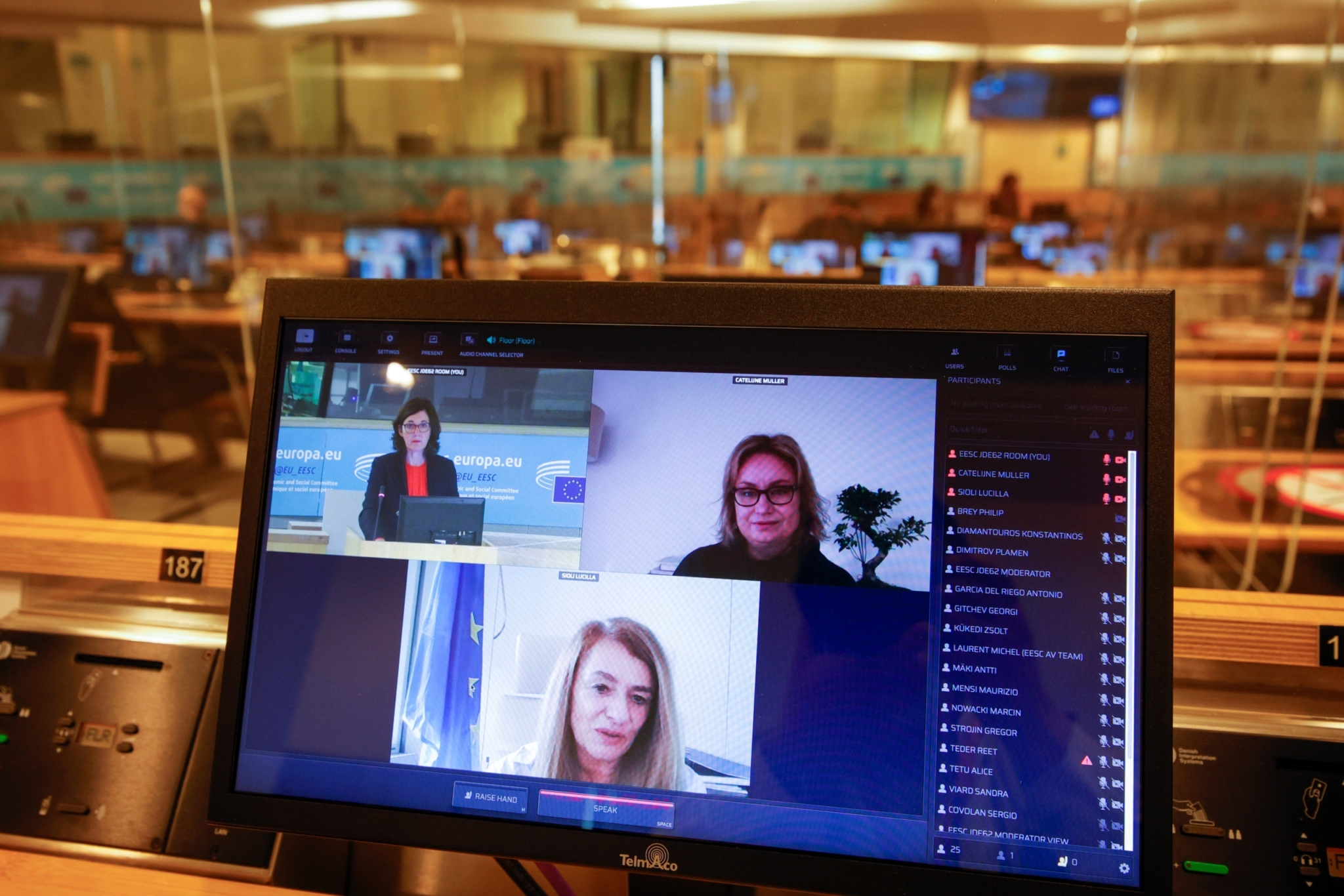 On November 8, the EESC jointly with the European Parliament’s AIDA Committee organised the second edition of the AI Stakeholder Summit. Central topic: the AI Act.

As with the first edition of this summit, Catelijne Muller, in her role as AI Rapporteur for the EESC, helped design the program of this second edition.

“I wanted to make sure that this summit would dive deeper into AI and its impacts. Four years ago, we set the agenda. We managed to raise awareness on the opportunities and challenges of AI and the need to address these. But we’ve arrived at a point where ‘flagging’ is no longer enough. We need to start acting, and that is why discussing the AI Act is so important.”

On the program were topics such as the AI definition, liability for AI outcomes, high-risk AI at the workplace and prohibited AI practices such as biometric recognition. Knowledgeable speakers such as European Commissions’ Lucilla Sioli, MEP Kim van Sparrentak, KU Leuven’s Valerio de Stefano, CAHAI’s Gregor Strojin, Oxford University’s Luciano Floridi and ALLAI’s Catelijne Muller gave their in-depth views and idea’s on the AI Act and the future of AI for Europe.

“I was very impressed by the contributions of all panelists and speakers and I think we again set the tone for the next phase of the debate around AI in Europe: Keep all experts and stakeholders involved in the debate. They know what they are talking about. The next phase is not just about laying down some rules. It’s about the society we want to live in.”

The afternoon was dedicated to discussions with national parliaments and a hearing with the Facebook Whistleblower Frances Haugen at the European Parliament.

“The contributions of Ms. Haugen were especially interesting as they provided an insight look into the workings of Facebook’s algorithms that work towards ‘engagement based ranking’. To goal of these algorithms is to keep us engaged as long as possible and her research has shown that we are drawn towards ever more extreme content to effectuate this. According to Ms. Haugen the EU has a once in a lifetime opportunity to curb this trajectory with the DSA. I think that we should also look at the AIA though.”