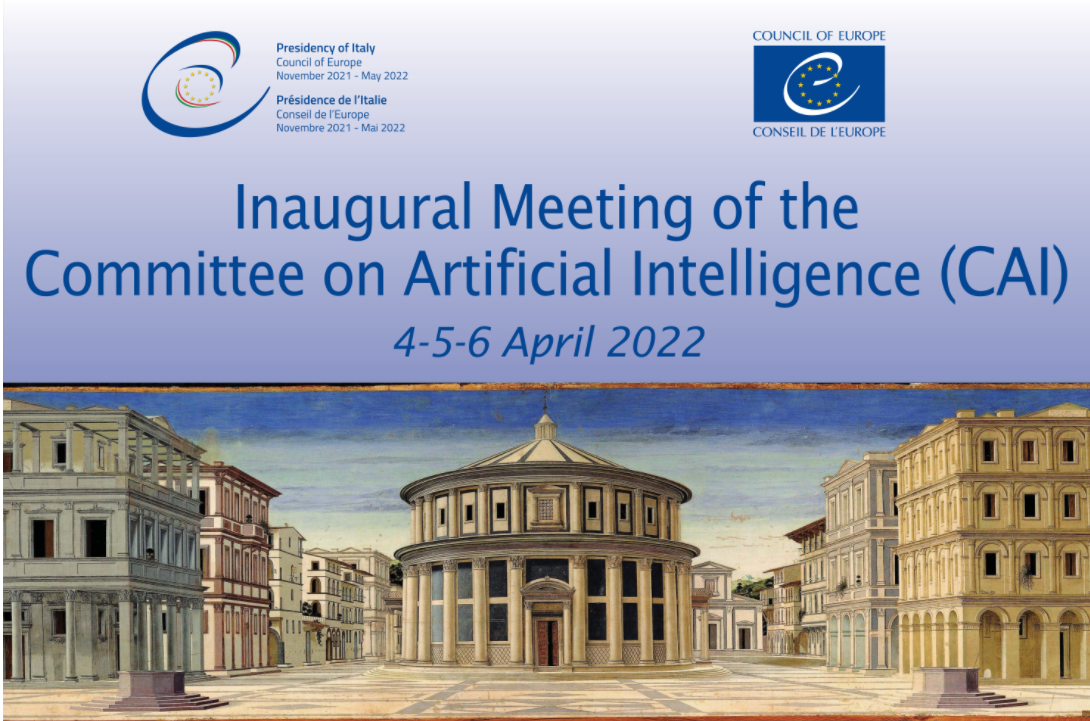 On Monday the 3rd of April, the Council of Europe’s Committee on Artificial Intelligence (CAI) will kick off its work towards the long anticipated AI Treaty. We are honoured that ALLAI co-founder Virginia Dignum will speak at the Inaugural Meeting of the CAI (High-Level Segment) and that ALLAI is an official Observer to the CAI.

What is the CAI?

The CAI is the successor of the CAHAI (the ad-hoc committee on Artificial Intelligence of the Council of Europe)*, and will be tasked with developing a legal instrument on AI based on the Council of Europe’s standards on human rights, democracy and the rule of law, an AI Treaty.

Where the ethics of AI were at the center of the debate in 2018 and 2019, the impact of AI on human rights, democracy and the rule of law started receiving the attention it deserves from 2020 and onwards. “AI impacts virtually all human rights, ranging from privacy to non-discrimination and from freedom speech to freedom of demonstration.” says ALLAI President Catelijne Muller, who authored an expert report for the CAHAI, that serves as a building block for the work towards a European AI Treaty.

“The CAI will be developing probably the most important document of our time. A legal instrument to protect the very foundations of our society in a world with AI: our human rights, our democracy and our rule of law. This instrument will determine what a world with AI will look like.” says Catelijne.

“It also remains important to keep AI researchers and experts involved in the discussions around AI regulation, though, says ALLAI co-founder Virginia Dignum, a long time AI developer and researcher herself. “They will be able to tell you how the technology works and why these inner workings lead to human rights’ impacts. Without this understanding, any regulation runs the risk of failing to achieve its objectives.”

ALLAI’s involvement in the work of the CAI

In 2020, by unanimous vote of the Heads of Delegations of the Member States, ALLAI was accepted as on of the 26 Observers** to the CAHAI and is continuing this position for the CAI. As such ALLAI will have first hand insights of the developments within the CAI, the direction in which the negotiations on the AI Treaty are going and will be able to continue contributing to the work of the CAI. The work of the CAI is anticipated to be concluded in November 2023.

* The CAHAI was tasked with examining the feasibility of a legally binding instrument on AI and developing such an instrument, based on the Council of Europe’s standards on human rights, democracy and the rule of law.

Our Minds, Monitored and Manipulated

The Impact of AI on Human Rights, Democracy and the Rule of Law

A Legal Framework for AI