On November 20th, ALLAI had the honour to participate at the AI roundtable Child Safety Online at the Royal Palace in Stochkolm, in the presence of His Majesty King Carl XVI Gustaf and Her Majesty Queen Silvia and Their Royal Highnesses Crown Princess Victoria, Prince Daniel and Princess Sofia.

The roundtable was organised by the Global Child Forum and the World Childhood Foundation which Queen Silvia founded in 1999.

His Majesty the King’s speech

His Majesty the King gave a speech where he said: “Today, we commemorate these two anniversaries by shining a light on a most urgent issue: How can we use artificial intelligence as a catalyst for child safety online? New technology in itself is not good or bad. However, as we all know, it can be used for good or bad purposes.”

The event was attended by 40 Swedish and international experts from the business community, academia, law enforcement agencies and child protection organisations. During the day, lectures were held interspersed with roundtables to discuss how child safety online can be increased. Experts lectured and talked about how artificial intelligence can help fight sexual abuse against children.

“Personal integrity and protection of children: How do we meet both?”

On behalf of ALLAI, Catelijne had the honour to introduce the “integrity session”.

An important session, because, when it comes to children, our first instinct is to always protect them against harm at all cost. Children are a vulnerable demographic and prevention of harm done to them is almost a natural human imperative.

While we could try to avoid sexual misconduct against children by attempting to build an AI-based system that is able to police, surveil and profile everybody as a potential suspect, we also value principles such as human autonomy and privacy. And while our first instinct might be to put our children in a ‘Digital Faraday Cage’, and shield them off from any harm, we also value principles of freedom and personal integrity (of those children). How do we balance these principles?

Catelijne explained the method developed by the EU High Level Expert Group on AI on how to deal with conflicting ethical and legal principles and trade-offs as a means to approach this delicate discussion, after which the participants discussed the topic in smaller groups.

Her Majesty the Queen’s speech

Her Majesty the Queen gave a speech where she stated: “We need for advanced technology to be developed with a child safeguarding perspective in mind. By people and companies that not only look at profit, but who are willing to take responsibility for how their technology is used or misused. This is especially important when it comes to AI [Artificial Intelligence]. Even those of us who do not understand the complexities of Artificial Intelligence, we at least understand that with such a powerful tool – we cannot afford to fail. We need to make sure that it is right from the start.”

Link to the webpage of the Swedish Royal Family 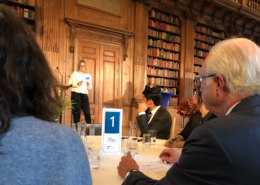 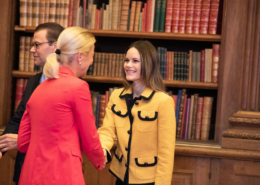 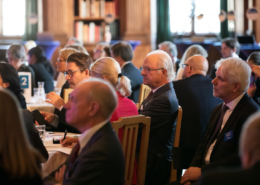 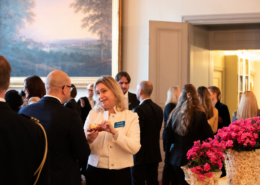 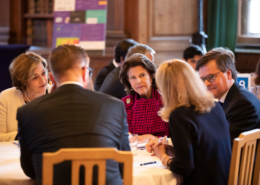 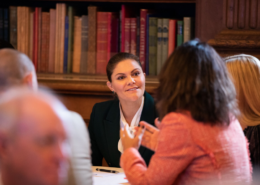 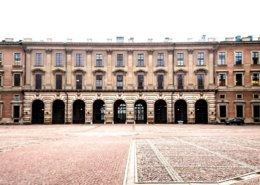 Catelijne Muller delivers opening keynote at the first meeting of CAHAI at the...
Scroll to top